Microsoft co-founder Bill Gates joined the United Nations to warn world leaders about a new series of threats shaping up as megatrends, led by global warming, superbugs and artificial intelligence.

U.S. Vice President Michael Pence and trans-Atlantic military officials were on the receiving end of the warnings issued by Gates, UN Secretary General Antonio Guterres and German Chancellor Angela Merkel. They all said that the world isn’t prepared to deal with the emerging risks.

“The next epidemic could originate on the computer screen of a terrorist intent on using genetic engineering to create a synthetic version of the smallpox virus, or a super contagious and deadly strain of the flu,” said Gates, whose private foundation helps combat public health and global warming problems. “Getting ready for a global pandemic is every bit as important as nuclear deterrence and avoiding a climate catastrophe.”

Even as trans-Atlantic leaders focus on the immediate risks from refugee flows and military conflicts on their peripheries, they’re being forced to pay attention to accelerating climate and technological threats. Global interconnections — from trade and travel to communication technologies — could potentially amplify the risks. There is a “reasonable probability” catastrophe may cost tens of millions of lives in the next decade, Gates said in a speech.

“The problems of peace and security in the future will have new dimensions for which we must be prepared,” Guterres said. “It is important to understand the linkages of today’s global mega trends.” 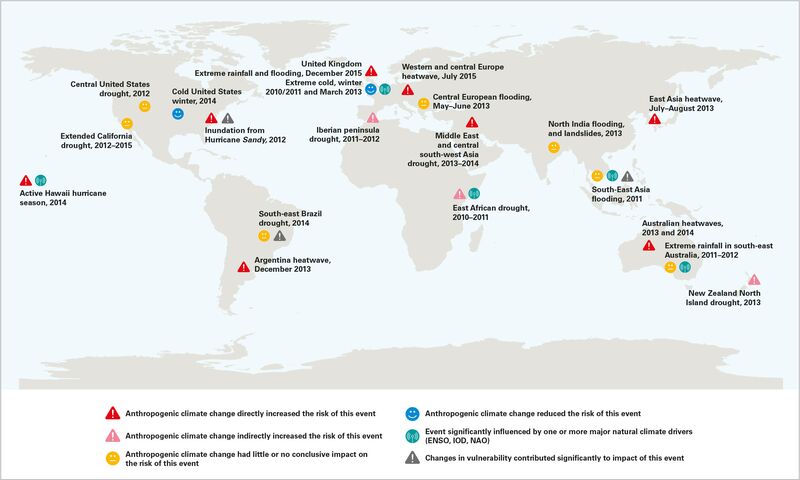 While the UN’s top official named climate change and population growth as the top security threats, he also flagged the need for leaders to begin thinking about international regulations on genetic engineering and artificial intelligence.

“There are huge risks in security dimensions but also in ethical dimensions,” he said. There’s a “lack of knowledge in government, in international government about what these new areas represent.” He said the private sector is clearly ahead with scientific and technological breakthroughs that are “changing the nature of relations in our world.”

Merkel, who on Friday spoke privately with Guterres about refugees and climate policy before delivering a speech ahead of the new U.S. vice president, similarly discussed the new threats challenging her government.

“We have new conflicts that have arisen due to civil war, due to the growth of population, due to climate change and there is an increasing interconnectedness,” Merkel said.

Pence, who led a U.S. delegation to the Munich Security Conference that included secretaries of Defense and Homeland Security, James Mattis and John Kelly, offered the allies support without talking about emerging threats from climate change or pathogens.

“With so many immediate crises at hand, it’s hard to talk about the bigger picture,” he said.

Gates, the world’s richest man, left Microsoft in 2014 to direct his time and $85.1 billion of accumulated wealth toward solving some of the world’s most intractable problems. His Bill and Melinda Gates Foundation is active worldwide with grants to improve health and human development.

“The global good will evidenced at the historic Paris climate talks a year ago give us a chance to prevent the worst effects of climate change,” he said. “Innovation, cooperation and careful planning can dramatically mitigate the risks.”