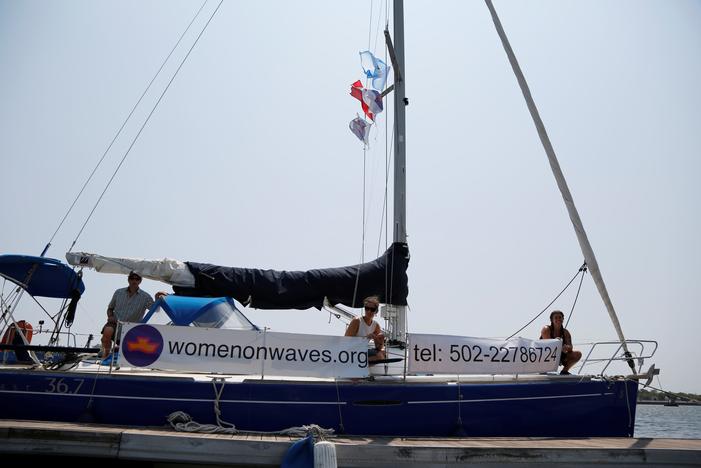 Guatemala’s army detained a boat carrying a supply of abortion pills on Thursday and prevented it from picking up women seeking to end their pregnancies, saying the move was prohibited by the country’s constitution.

The boat, operated by Dutch nonprofit Women on Waves, was in military custody with some of its seven crew members still aboard, after landing at a private pier at the Port of San Jose, 75 miles (120 km) south of the capital, said Leticia Zenevich, a spokeswoman for the group.

The organization provides free abortion services for women pregnant up to 10 weeks, beyond the territorial waters of countries where abortion is illegal.

The abortion pill – also known as a medication abortion — combines two medicines, mifepristone and misoprostol, to end a pregnancy. It is more than 90 percent effective for women up to 10 weeks pregnant.

In a statement, the Guatemalan army said that it would not allow the nonprofit to carry out its activities, in adherence “to the Constitution regarding the preservation of human life and the laws in effect in our country.”

The trip was the first made by the organization since Morocco blocked a ship from entering one of its harbors in 2012, Zenevich said.

Marleny Arias, a 50-year-old Guatemalan, heckled the ship’s crew, yelling: “Why don’t you go to the Netherlands to kill children?”

Group organizers defended the legality of the ship’s operation, which picks up women on shore and brings them to international waters where local laws do not apply.

On board, women are given an abortion pill and remain under observation for a few hours before returning to land.

“Guatemala has been chosen because the laws are very restrictive on the subject of abortion,” said Quetzali Cerezo, director of Women in Equity in Guatemala, which helps the Dutch nonprofit.

In Guatemala, where Catholic and Evangelical churches hold powerful influence, abortions are only permitted if a mother’s life is at risk.

According to the organization, which was founded in 1999, some 65,000 illegal abortions are performed annually in the Latin American country.