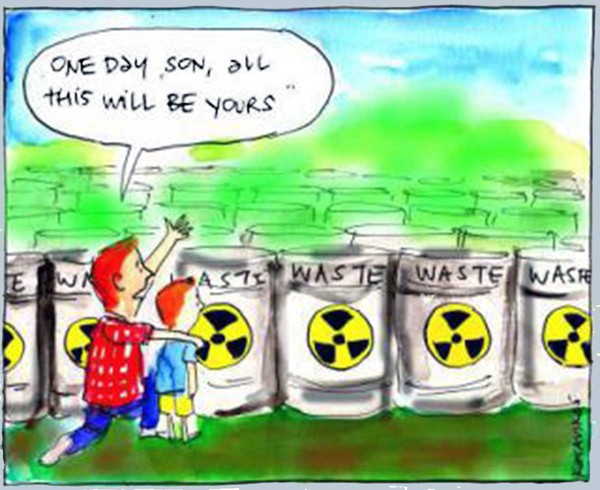 Kentucky officials have reached a $168,000 settlement with one of the companies accused of being involved in the dumping of radioactive waste in a landfill.

FRANKFORT, Ky. (AP) — Kentucky officials said Friday they reached a $168,000 settlement with one of the companies accused of being involved in dumping radioactive waste in an Appalachian landfill.

The Kentucky Cabinet for Health and Family Services said it reached the settlement with Fairmont Brine Processing, which operates a wastewater treatment facility in West Virginia.

Kentucky officials accused Fairmont Brine of arranging to dispose of radioactive waste in an Estill County landfill in eastern Kentucky. The company had appealed its more than $1 million civil penalty order issued by the state cabinet late last year.

The state said Fairmont Brine contracted with a Kentucky company called Advanced TENORM Services to pick up, transport, treat and dispose of the waste. Some of it ended up in Blue Ridge Landfill in Estill County, the state said.

Fairmont Brine denied all liability but agreed to pay the $168,000 civil penalty over a 30-month period, the state said.

“All settlement proceeds will be directed to the Estill County Public Health Department,” cabinet Secretary Vickie Yates Brown Glisson said in a release. “The funds will be used for radiation-related public health issues in Estill County, particularly radon education and detection.”

Fairmont Brine was one of several companies targeted with civil penalty orders related to disposal of out-of-state radioactive material in Kentucky.

The company maintained it did not intend to violate Kentucky laws. When it contracted with Advanced TENORM Services to dispose its waste, Fairmont Brine relied on the other company’s claims that the waste would be safely and legally deposited in Kentucky, the cabinet said.

Monitoring and testing of areas at Blue Ridge Landfill have shown no evidence the disposal caused radiation or radioactive contamination above federal and state safety limits, the cabinet said.

When the state announced the penalties in 2016, it was also seeking fines from Advanced TENORM. The company is appealing the penalty order against it, the state said.