(CNN)Attorney General Jeff Sessions has a new directive for federal prosecutors across the country: charge suspects with the most serious offense you can prove.

Friday’s announcement follows a line of several other significant departures from Obama-era domestic policies at the Justice Department, but this decision crystalized Sessions’ position in the criminal justice realm.

In a brief one-and-a-half-page memo, Sessions outlined his new instructions for charging decisions in federal cases, saying that his new first principle is “that prosecutors should charge and pursue the most serious, readily provable offense.”

“The most serious offenses are those that carry the most substantial guidelines sentence, including mandatory minimum sentences,” Sessions later adds.

While the federal sentencing guidelines are advisory — and take into account everything from a defendant’s criminal history to cooperation with authorities — some judges have felt handcuffed by mandatory minimums, which provide a statutory sentencing minimum of months below which the judge cannot depart.

The move was harshly criticized by the New York University School of Law Brennan Center for Justice, a nonpartisan law and policy institute focused on democracy and justice.

“The Trump administration is returning to archaic and deeply-flawed policies,” Inimai Chettiar, the center’s justice program director, said Friday. “Sessions is leaving little to no room for prosecutors to use their judgment and determine what criminal charges best fit the crime.”

“That approach is what led to this mess of mass incarceration,” she added. “It exploded the prison population, didn’t help public safety, and cost taxpayers billions in enforcement and incarceration costs.”

Sessions also formally withdrew a signature part of Attorney General Eric Holder’s “Smart on Crime” initiative, which sought to target the most serious crimes and reduce the number of defendants charged with non-violent drug offenses that would otherwise trigger mandatory minimum sentences.

“We must ensure that our most severe mandatory minimum penalties are reserved for serious, high-level, or violent drug traffickers,” Holder wrote in a 2013 memo. “In some cases, mandatory minimum and recidivist enhancements statutes have resulted in unduly harsh sentences and perceived or actual disparities that do not reflect our Principles of Federal Prosecution.”

As a result, during the Obama era, federal prosecutors were instructed not to charge someone for a drug crime that would trigger a mandatory minimum sentence if certain specific factors were met: (a) the relevant conduct didn’t involve death, violence, a threat of violence or possession of a weapon; (b) the defendant wasn’t an organizer, leader or manager of others within a criminal organization; (c) there were no ties to large-scale drug trafficking operations; and (d) the defendant didn’t have a “significant” criminal history (i.e., prior convictions).

All of those charging factors are now gone under Sessions’ reign and not surprising, as he has previously telegraphed his desire to prosecute more federal cases generally.

The effects of Friday’s decision are likely to be felt most immediately in the narcotics context where federal mandatory minimums established by Congress can be harsh for even first-time offenders because the sentences are dictated based on drug type and quantity. 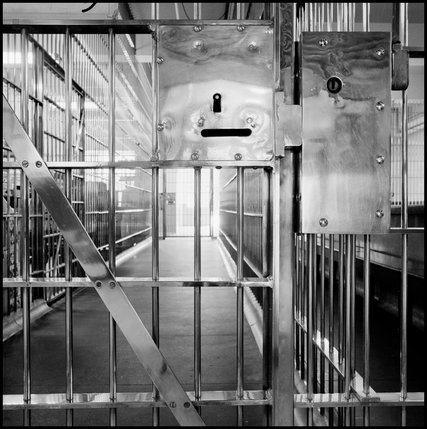 Lee Carroll Brooker, a 75-year-old disabled veteran suffering from chronic pain, was arrested in July 2011 for growing three dozen marijuana plants for his own medicinal use behind his son’s house in Dothan, Ala., where he lived. For this crime, Mr. Brooker was given a life sentence with no possibility of release.

Alabama law mandates that anyone with certain prior felony convictions be sentenced to life without parole for possessing more than 1 kilogram, or 2.2 pounds, of marijuana, regardless of intent to sell. Mr. Brooker had been convicted of armed robberies in Florida two decades earlier, for which he served 10 years. The marijuana plants collected at his son’s house — including unusable parts like vines and stalks — weighed 2.8 pounds.

At his sentencing, the trial judge told Mr. Brooker that if he “could sentence you to a term that is less than life without parole, I would.” Last year, Roy Moore, chief justice of the Alabama Supreme Court, called Mr. Brooker’s sentence “excessive and unjustified,” and said it revealed “grave flaws” in the state’s sentencing laws, but the court still upheld the punishment.

On Friday, the United States Supreme Court will consider whether to hear Mr. Brooker’s challenge to his sentence, which he argues violates the Eighth Amendment’s ban on cruel and unusual punishments. The justices should take the case and overturn this sentence.

Life without parole, second only to the death penalty in severity, should never be a mandatory sentence for any crime, much less for simple possession of marijuana, which is not even a crime in many parts of the country. If this punishment is ever meted out, it should be by a judge who has carefully weighed the individual circumstances of a case.

Besides Alabama, only South Dakota, Louisiana and Mississippi have such laws; in Mississippi, possession of barely one ounce of marijuana is enough to trigger a mandatory sentence of life without parole for someone with prior convictions for certain felonies. Almost everywhere else, public attitudes and policy toward drugs in general, and marijuana in particular, have changed significantly. Twenty-three states and the District of Columbia have legalized medical marijuana, and four states, along with D.C., have fully legalized its possession for recreational use. In most states, the maximum sentence for possessing less than three pounds of marijuana is at most five years.

A former federal judge in Utah is asking President Barack Obama to commute the sentence for Weldon Angelos, a music producer who was jailed in 2004. Pictured: In this Nov. 15, 2005 file photo, members of Safer Choice stand in protest at a Denver federal courthouse, where the court was hearing an appeal of Angelos’ conviction. (Ed Andrieski, Associated Press file)

Weldon Angelos prison sentence: A former federal judge says the 55-year drug sentence he had to hand down is ‘unjust, cruel and irrational’ for a nonviolent offender who was subject to a lengthy prison term for bringing a gun to marijuana deals

By Lindsay Whitehurst, The Associated Press

SALT LAKE CITY — A former federal judge who gave a Utah music producer 55 years in prison for bringing a gun to marijuana deals asked the president to commute the sentence Tuesday, the latest appeal in a case held up as an example of problems with mandatory minimum sentencing laws.

Paul Cassell, now a law professor, said in a clemency petition letter that he was deeply troubled by the lengthy sentence he was forced to hand down in 2004 to Weldon Angelos, then a 24-year-old father of three.

The sentence he called “unjust, cruel, and even irrational” was the main reason Cassell stepped down from the bench after five years. Angelos got a longer prison term than people convicted of crimes such as kidnapping, rape and second-degree murder, Cassell said.

“When the sentence for actual violence inflicted on a victim is dwarfed by a sentence for carrying guns to several drug deals, the implicit message to victims is that their pain and suffering counts for less than some abstract ‘war on drugs,’” the former judge wrote.

Angelos likely would not face such a harsh sentence today, Cassell said. President Barack Obama has pushed for the reduction or outright elimination of severe mandatory minimum sentences for non-violent offenders. The White House did not immediately return a message seeking comment Tuesday.

Angelos founded Extravagant Records in Utah, producing hip-hop and rap music. He had no criminal record before he was convicted of selling $350 worth of marijuana to a police informant three times.

Prosecutors said he was a gang member who carried a gun during two of those deals, though he was not accused of using or showing a weapon. Angelos denied being in a gang and having a firearm, but police found several guns while searching his apartment.

He was convicted in federal court of 16 counts of drug trafficking, weapons possession and money laundering.

The penalty for possessing firearms during a drug transaction carries a mandatory minimum sentence of five years for the first offense and 25 years for each subsequent deal. The federal system does not have parole.

It’s not the first time the president has been urged to commute Angelos’ sentence. In 2013, more than 100 high-profile figures petitioned the White House, including an ex-FBI director, prosecutors and celebrities.

Politicians such as Republican Utah Sen. Orrin Hatch and Democratic Vermont Sen. Patrick Leahy also have said the punishment didn’t fit the crime. The conservative billionaire Koch brothers have also taken notice of the case in their push for sentencing reform.

The U.S. Attorney’s Office for Utah declined to comment on the case. But Assistant U.S. Attorney Robert Lund said in 2004: “This sends the message that people who engage in armed drug dealing are going to face very serious consequences.”

The 10th U.S. Circuit Court of Appeals has upheld the sentence, and the U.S. Supreme Court has denied Angelos’ petition for a hearing.

Angelos, now 36, has served more than 12 years in prison, and a presidential commutation is his only option.

His sister, Lisa Angelos, said the clemency letter is a “huge” step that she hopes is a turning point. Weldon Angelos has spent his time in a prison in California earning a business degree, working in the institution’s dental lab and tutoring others, she said.

The expense of traveling there makes it hard for his family to visit, and he recently saw his sons, now 17 and 19, for the first time in years, his sister said.