SALEM, Mass. (AP) — Salem residents are feeling unsettled after receiving word that the Satanic Temple is moving its international headquarters to an old Victorian mansion in the Massachusetts town.

The nationally recognized political and religious organization will open the doors of its new command center on Friday. The building is a former funeral home located around the corner from an elementary school.

Most recently the Bridge Street structure operated as the Salem Art Gallery. The Satanic Temple plans to continue holding exhibits at the site.

Organization spokesman Lucien Greaves says the Satanic Temple “isn’t an attack on anybody” and stressed that members won’t be going door to door or affecting neighbors’ lives in any way.

Salem officials say they are currently working to better understand the temple’s intended use. 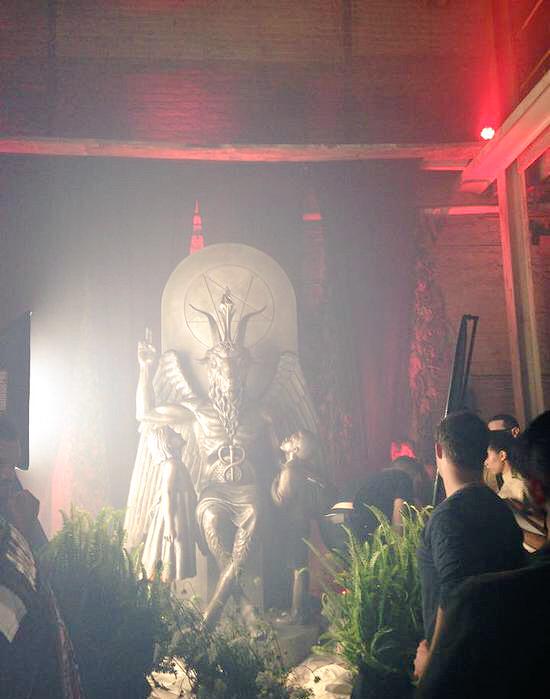 On Saturday, about a hundred people reportedly gathered across the street from Bert’s Marketplace, where the Satanic Temple had originally planned to unveil the statue. It’s a vexed issue that has driven a wedge between local residents.
“The last thing we need in Detroit is having a welcome home party for evil,” Reverend Dave Bullock, a pastor at Greater St. Matthew Baptist Church in Highland Park, Michigan told Reuters.

“This unveiling will not happen in the City of Detroit on my watch,” Bishop Corletta Vaughn of the Holy Ghost Cathedral in Detroit told the Free Press at Saturday’s protest. “I’m here to stand against this being in the City of Detroit. We will not turn over our city to Satanists. It’s a violent spirit that’s moving to the city and infiltrating that place. We will drive them out of Dodge.”
“Satan has no place in this city, or any other city,” another protestor, James Bluford of Rochester Hills, added.

Photos by the Free Press feature some protesters wearing T-shirts with the caption saying “Jesus.” Martin C. Tutwiler of Oak Park reportedly said the Satanic Temple was forcing the statute on the city because “they think we’re down as a city.”
On its website, the Satanic Temple said the statue “is intended to complement and contrast the Ten Commandments monument that already resides on Oklahoma State Capitol grounds.”

Temple spokesman, Lucien Greaves, explained in a statement earlier this year that the monument would serve “as a beacon calling for compassion and empathy among all living creatures.” He added that it will also have a certain “functional purpose” – as a chair where “people of all ages may sit on the lap of Satan for inspiration and contemplation.”

Although the statue of a winged Baphomet was originally meant to stand alongside the Ten Commandments monument in Oklahoma, the state Supreme Court there ruled earlier this month that the statue must be removed on the grounds that a government property cannot be used to show support for any religion.